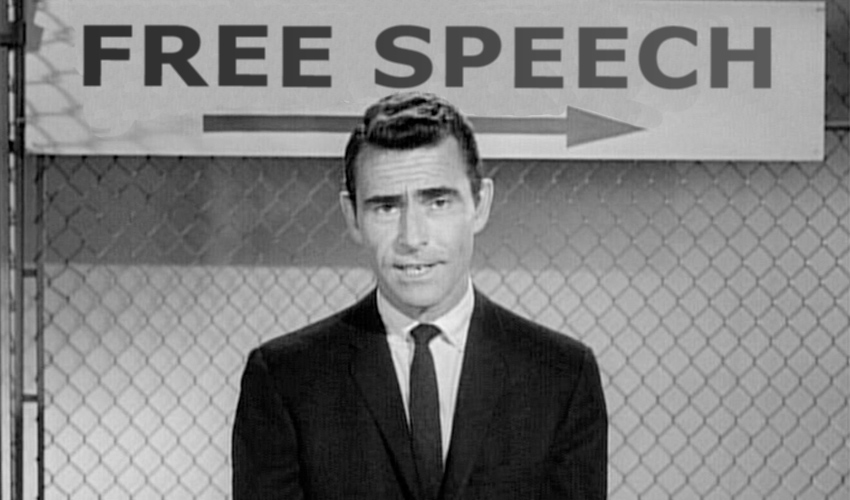 I can hear it now and Rod Serling’s voice…

Imagine a world so connected through electronic communication, you say a word and your friends and family instantly know your thoughts.

The world is smaller than ever. You can live and work anywhere, because your presence goes beyond where you are physically located.

Then image that overnight your proverbial “microphone” is shut off. Communication with loved ones is cut off. Your voice is only heard by those within earshot, you scramble to find any technology that still works.

If an active God was the cause for the shut down, or an act of war, there might be hope. People could rebuild.

But if that power lies with the owner of the “airwaves,” hope is lost.

2021 is a time when we still have a chance to turn off this path. It’s a time where fortunately, the “Level 1” shut down of freedom of speech has been enacted not by the government, but by Google, Amazon, Apple, Facebook and other big tech companies. Perhaps the government could be the public’s defense against escalating removal of freedom of speech. I’m thankful for our government in America, and I hold out hope they do something about the overreaching power of “Big Tech.”

Unless something changes soon, it’s clear Big Tech has become more bold and powerful the last few years. Not only did they ban the Twitter account of the president of the United States, but they routinely add their own content to posts from everyday people with “Fact Check” information links.

Another example is how they block ads. I face this on an almost daily basis for my clients. My clients are attempting to place simple, non-controversial ads for products. But Facebook and Google’s automated process blocks words such as “career,” “opportunity,” and other things it deems controversial in ad wording.

“We now live in a world where all-powerful tech companies do practically whatever they want to influence public opinion. Sometimes their actions seem partisan and self-serving, and sometimes arbitrary. Facebook, in effect, censored our ads without knowing the content of the book.” – is another example (“Facebook Cancels Abe Lincoln“)

Where could this be headed? Well, remember, your email is likely run by Google or Microsoft. Your website or blog is still controlled by ICANN. If this censorship ever extends to websites and email, we would effectively be shut down like my “Twilight Zone” doomsday scenario. Could you imagine not being able to use social media? To have your emails screened for keywords by Big Tech?

I’ve heard easily 20 people in the last year tell me they are “ready to get off Facebook.” The problem is, half of them are saying this via a post on Facebook, and 90% of them are still on Facebook. The reason is because there is no alternative right now. Facebook is such a monolith, there are no serious competitors. And when one does get some traction, like Parler, it gets immediately shut down by Google and Apple’s app stores. You think for a second Google, Apple and Facebook didn’t team up for that one? Even if it’s exclusively for monetary gain, there are billions of advertising dollars to be lost by Facebook, and they won’t stand for competition. (For the record, I never used Parler, but I give it credit for getting traction vs. Facebook). So what else could replace Facebook? It’s going to be tough because social media is only useful if everyone jumps on it at once, so interaction can immediately occur. It takes major publicity to transition the public to move at the same time. 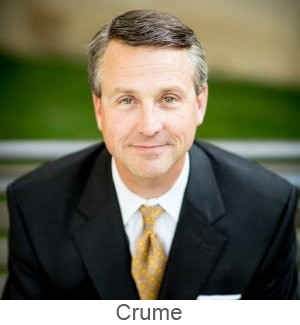 “Platforms (may) become more distinctly divided by sociopolitical perspectives much like CNN v. Fox News and then further subdivided into micro-platforms,” said Gene Crume, President at my alma mater, Judson University, outside of Chicago, who also teaches Public Relations.

“The challenge will be resources to match what the big ones can do. I believe the Parler case is a compelling example of both stifling free speech and unfair business practices to eliminate your competition,” said Crume.

As someone who is daily involved in digital marketing, I’ve often thought of the future of the Internet. This rise of power from Big Tech is simply more evidence that the web is not changing much. Google and Facebook are simply so powerful there are no other roads for public communication, or for advertisers. For almost 10 years I’ve told clients that 80% of the Internet is via these two platforms – that’s where you reach people. Google and Facebook make billions from tracking your website visits, “Likes,” comments, searches and posts. They know everything about you. Advertisers can choose to target (for example) “mothers who have an interest in cooking and are fans of UFC” or “men who have a high income and are interested in gambling.”

No one wants their personal information shared with these companies, but no one is willing to sacrifice social media to keep their privacy. I am one of those people. I’m thankful the government and Big Tech haven’t abused that information to date. But I do foresee a day where they do. I just know as a human being that no one can be trusted with that much power. “Absolute power corrupts absolutely.”

What can we do about it? Not much, in my opinion. We continue to live life, we wait, we vote and we pray. While some of our freedoms of speech are being blocked right now, I do remain thankful that for the most part, we still live in a country that supports it.